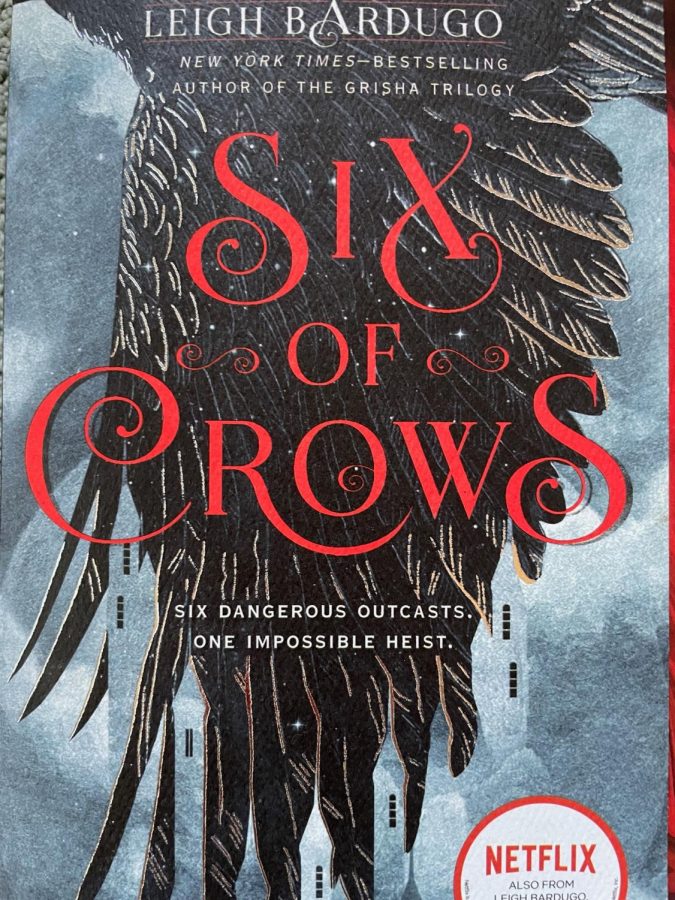 Leigh Bardugo’s “Six of Crows” is an action-packed heist novel, with a gritty story, dynamic anti-hero characters, and complicated backstories. It features a crew of morally flawed characters from a slum known as “The Barrel.” These characters band together to perform a daring heist in an attempt to stop chaos from raining over the world. “Six of Crows” is followed by its sequel “Crooked Kingdom” and has been adapted into the Netflix series “Shadow and Bone.”

When reading “Six of Crows,” I found several qualities that I loved. The story is built upon towering layers of world-building. Bardugo gives the world a certain richness by laying out the environment of every city and area. I felt like I was standing on a beautiful, snowy, frostbiting mountain, and then in the next chapter, back to the bustling streets of The Barrel. These details make the story immersive and allow the reader to feel as if they have been placed in the world of the author. The book also describes every characters’ affiliation very well. It is clear where every character is from and how that influences their behavior. The characters are incrediblywell supported with backstories.

For example, there are two characters from opposing nationalities with animosity towards each other. Despite this background, they overcome this hostility and end up falling in love. This backstory drives some of the plot forward and gives more depth to the character interaction. Each character’s motivation is completely supported by their tragic pasts and gives an idea of what life is like in this world. The world is built very consistently, and the environment feels very vivid.

I love the “Six of Crows” universe, but there were many details that I personally did not enjoy. The most glaring detail is that the book is ridiculously long with four-hundred-sixty-five pages. Initially, these numbers did not bother me, but as I read on, I found the pacing of the book incredibly slow. This makes reading frustrating and daunting. I felt like the book could have been more concise, and still kept its immersive atmosphere. The characters and locations, as well as other proper nouns, sound strange and unpronounceable, so it takes time to understand what is being talked about.

Most of the characters are also supposed to be teenagers, although everyone talks and acts like they are thirty. I was willing to overlook that detail, except for the fact that all the protagonists are extremely violent. They create a wake of death, destruction and innocent bloodshed everywhere they go. A theme in this book centers around how bad circumstances can make good people become violent. The execution of this theme bothered me, as I found the main character Kaz Brekker to be unnecessarily heartless and vengeful.

For example, he quickly resorts to torture to extract information. “Kaz wiped the knife clean, returned it to his sleeve, and drove his gloved fingers into Oomen’s eye socket. He shrieked and twitched as Kaz yanked out his eyeball” (Bardugo 170). Kaz’s character promotes violence as an effective method of problem-solving.

In my opinion, this book is not for everyone. I believe most people would not make it through the first fifty pages. If you want a book with a consistent, well-built world, and defined characters, this book is for you. But if you are like me, an impatient reader that wants fast pacing, plot focus, or thematic depth, this book is probably not for you.